For a better visiting experience, it is recommended that you use a higher version of IE (IE11 or above), Chrome or Firefox browser.
Clean energy growth boosts China's pursuit for carbon goals: report
Jun 25, 2022 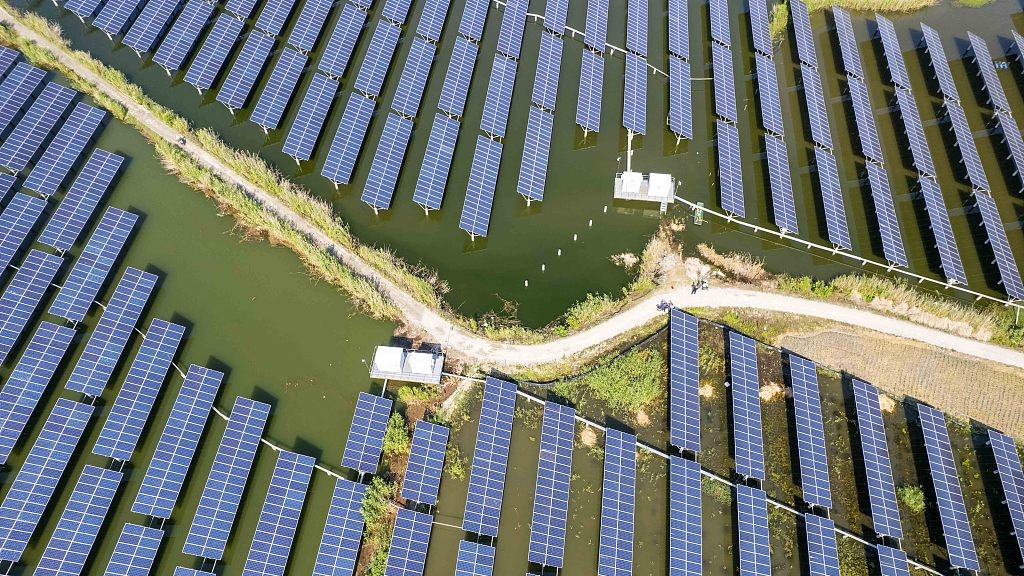 China saw rapid development of renewable energy in 2021, laying a solid foundation for the country's pursuit of its carbon peaking and carbon neutrality goals, a think tank said in a report released on Friday.

The country's renewable energy utilization amounts to the equivalent of saving 750 million tonnes of standard coal in 2021, helping reduce carbon dioxide emissions by about 1.95 billion tonnes.

The rapid development of renewable energy has made a positive contribution to building a clean, low-carbon, safe and efficient energy system, the report said.

China has announced that it will strive to peak carbon dioxide emissions by 2030 and achieve carbon neutrality by 2060.

The country is forging ahead in renewable energy development to improve its energy structure. China's power generation from renewable energy sources will account for over half of its total electricity consumption from 2021 to 2025, equivalent to saving a billion tonnes of standard coal, according to a plan issued jointly by nine Chinese government organs earlier this month.

(With input from Xinhua)