For a better visiting experience, it is recommended that you use a higher version of IE (IE11 or above), Chrome or Firefox browser.
China warns against excessive COVID-19 control measures in some places
Jun 25, 2022 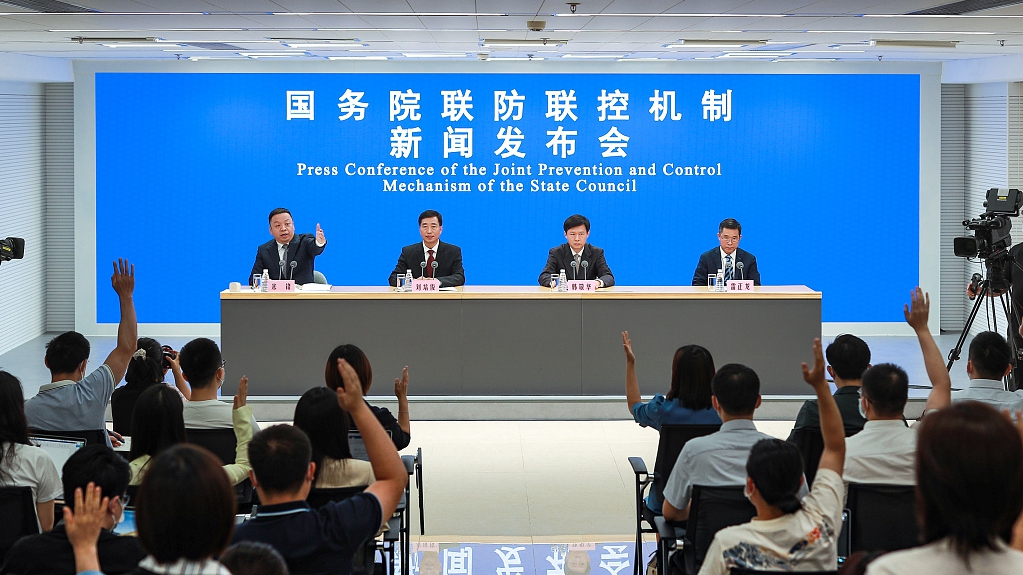 Chinese health officials warned against some overly restrictive and unreasonable COVID-19 prevention and control measures taken by some local authorities during a press conference, June 24, 2022. /CFP

Chinese health officials warned on Friday against some overly restrictive and unreasonable COVID-19 prevention and control measures taken by some local authorities.

Lei said that nearly 1.3 billion people have now been vaccinated in China out of population of 1.4 billion and that, thanks to prevention and control measures, the average number of daily confirmed cases in China has fallen to less than 40, an 81 percent drop compared with a week earlier.

Lei said draconian, one-size-fits-all measures should be avoided and authorities must not prohibit people from low-risk areas returning to their home towns or arbitrarily expand the range of medium-and high-risk areas.

People from low-risk regions must not be quarantined or restricted without authorization, he said.

Officials said some regions have abused the health status app system which should only be used for epidemic prevention and control.

"Authorities at all levels should strictly enforce management measures of health status apps and the related rules. The health app is only to be used for epidemic prevention and control, and it is forbidden to use it in any other way," said Lei.

Despite the decreasing number of domestic cases, officials warned that the hidden risk of transmission still remained, and said China will continue to make relentless efforts to coordinate control measures with economic and social development goals.