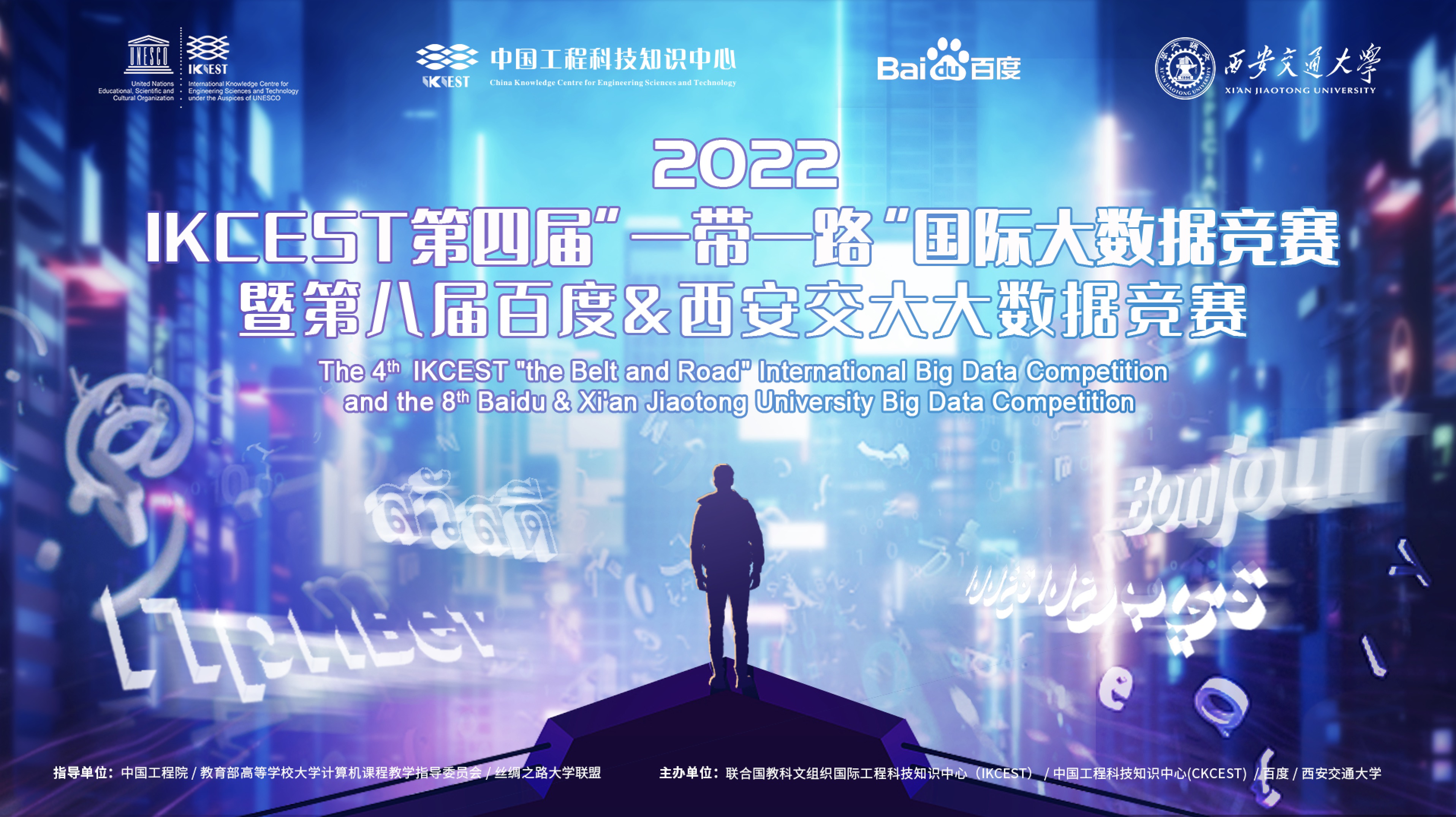 Review of the launching ceremony of the 2022 &amp;quot;the Belt and Road&amp;quot; international big data competition 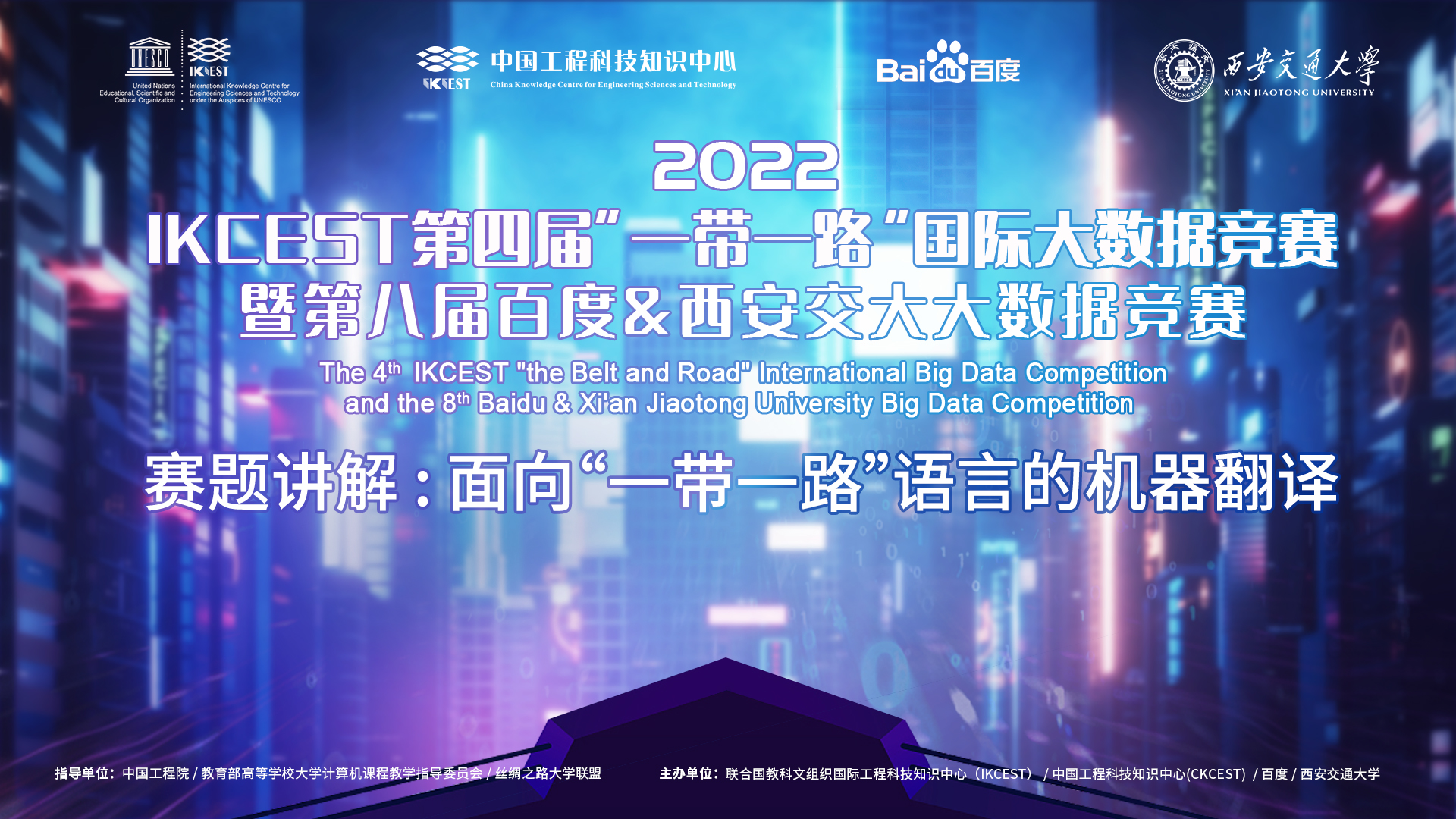 Explanation of competition questions：Mutual Translation Between French, Russian, Thai, Arabic and Chinese, Major Languages of the Belt and Road Initiative

Background
The big data competition has been jointly organized by the International Knowledge Centre for Engineering Sciences and Technology under the auspices of UNESCO (IKCEST), the China Knowledge Centre for Engineering Sciences and Technology (CKCEST), Baidu and Xi’an Jiaotong University. The Chinese Academy of Engineering, the Ministry of Education, and the University Alliance of the Silk Road are also involved. The aim is to identify top talents in the global big data and artificial intelligence sector, particularly talented individuals from the BRI countries, in an effort to help the government, industry and higher education institutions jointly drive the research, application and development of the big data industry, and cultivate innovative AI talent.

1）August 10th – The data and baseline will be available for download and the competition will be officially launched.

2)June 10 th–The baseline is available for download, the competition will be officially launched.

1）October 10th – The data will be available for download.

2）October 13t – TThe online evaluation opens. Each team is allowed 2 evaluation opportunities per day and the rankings are updated daily in real time.

3）November 15th – End of the semi-final round. The semi-finalists shall submit their files and codes in the required time

Final Round and Award Ceremony (November 2022 See the notice for details.)

The final round will be held in the form of an on-site defense session, and its location will be determined at a later date.

1、Qualified Contestants: The contest is open to all institutions of higher learning, scientific research organizations, businesses, teams of creators and individuals around the world. Each team must have 1-5 members including at least one current student. Please register and form a team on the official website of the contest.

2、Instructing Teacher: Instructing Teachers: Each team can be instructed by 0-2 teachers. Please register the identity as "teacher" when forming a team.
Note: Individuals affiliated with the Baidu Contest Proposition Team are not allowed to participate in the contest. The Organizing Committee reserves the final right of interpretation.

2、Official Contest Website: http://www.ikcest.org/bigdata2022 The registration and application of contestants and instructing teachers should be completed before the registration deadline. After the deadline, no teams will be formed or merged.

4、Please create your own team name and ensure it contains no indecent or misleading words, such as "Baseline", "official", the names of a famous enterprise, etc. Please fill in your team name carefully.

5、To ensure the fairness of the contest, each contestant can only join one team, and each team can only be assigned one instructor.

6、The information filled out on the application must be accurate and valid, otherwise the team's qualification or any awards granted will be withdrawn.

1、Time: The rating system will be up and running from August 25th. Each team is allowed 5 evaluation opportunities per day and the ranking list will be updated in real time;

2、Evaluation method: All submissions are automatically rated by the system with judges verifying the results;

3、Semi-final and final scores account for 90% and 10% of the total score respectively. 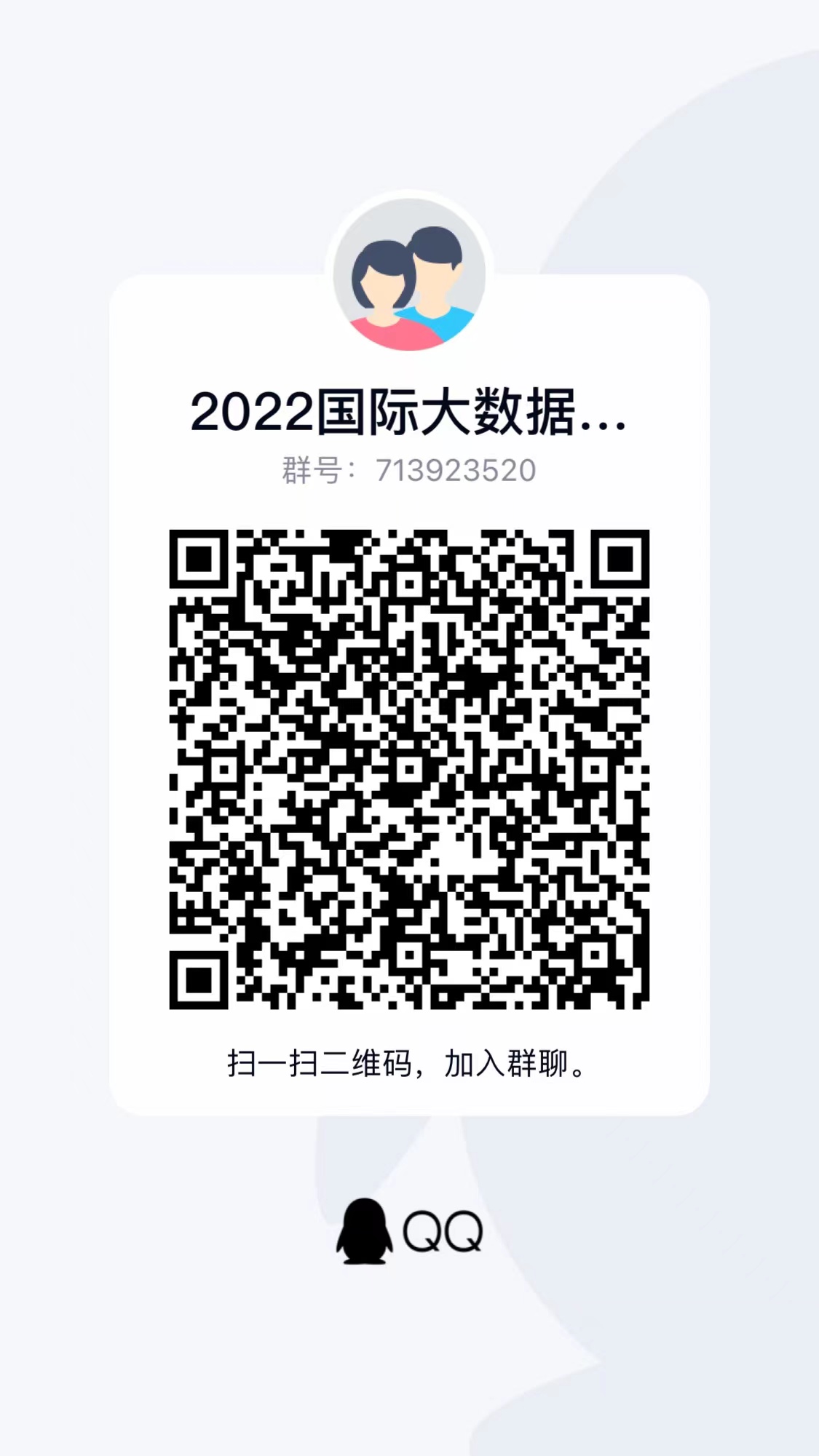