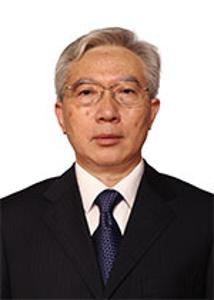 Zhang Shougong
Affiliation:
Subject:Method to Cultivate Transgenic Broad-leaf Sprouting Trees
Introduction: Zhang Shougong (Jul. 1, 1957 - ), male, Han nationality, is a native of Huainan, Anhui Province, an expert on forest cultivation and forest management, a member of the Communist Party of China, a representative of the 17th National Congress of the Communist Party of China, and the deputy director of the Environmental and Resources Committee of the 13th National People's Congress. He graduated from the Forestry Department of Anhui Agricultural University in January 1982, and was retained as a teacher in the same year. In 1990, he received his doctorate degree from Beijing Forestry University, and was assigned to the Chinese Academy of Forestry in the same year. He successively served as the deputy director and director of the Research Institute of Forestry, vice president and executive vice president of the Academy of Forestry. He held concurrent posts as a member of the Executive Board of International Union of Forest Research Organisations (IUFRO), chief scientist of the Project 973 and a member of Expert Group of Agriculture of the 863 Program. At present, he is the president of the Chinese Academy of Forestry, vice chairman of the Chinese Society of Forestry and chairman of the Forest Cultivation Branch under the Chinese Society of Forestry.