For a better visiting experience, it is recommended that you use a higher version of IE (IE11 or above), Chrome or Firefox browser.
UNESCO Netexplo Forum 2021
Apr 7, 2021

The Innovation Forum 2021 will showcase 10 breakthrough digital innovations with the potential of profound and lasting impact on the digital society. The innovations are spotted worldwide through a year-long work by the Netexplo University Network, made up of globally renowned universities in the technology domain. Some among the most promising global innovators in digital technologies will present their views and discuss about the trends that are shaping our futures.

Abakus, an Argentinian startup and Coreledger, a Swiss specialist in blockchain architecture, are launching a digital barter platform to help farmers overcome this situation. The system is based on a cryptomoney indexed on physical assets (e.g. soybeans) that could be more stable than a fluctuating national currency. Tokens can be exchanged for goods or pesos.

Building on success in Chess and Go, AI solves a 50 year-old challenge: predicting how proteins will fold to boost medical progress.

The structure of a protein determines its function. Once that structure is determined, its role inside cells can be understood, making new therapeutics possible. A powerful artificial intelligence can now predict how proteins will fold in 3 dimensions, an extremely complex process at the core of countless biological processes.

Who says artificial intelligence can never be as creative as humans?

Recent breakthroughs are pushing its boundaries in new directions. Dall-E is a neural network that can produce high-quality illustrations from a simple description, based on a version of GPT-3, an AI that can write like humans. Trained on image-text pairings, it generates visuals from scratch or by transforming existing items. Dall-e creates brand new combinations, designs new objects and shows further creativity by adding items that are missing from the description.

An algorithm identified the most vulnerable individuals from phone consumption data to give them unconditional financial help.

GiveDirectly, an NGO that relieves poverty through unconditional, direct aid, began using an algorithm developed at Berkeley University to target the people most in need. The first rollout was in Togo, where 90% of the population has a mobile phone. It leverages  Novissi, the government’s mobile platform that provides Covid-19 relief. The program helps 57,000 vulnerable people in the poorest areas of Togo with 5 monthly payments. The algorithm uses data from telecom operators, following a machine learning study of the correlation between socioeconomic situation and phone consumption.

The world’s most powerful AI language model is licensed to a single tech giant. Why not to make an open source alternative?

The project is creating an open source replica of GPT-3, an AI model with 175 billion parameters developed by OpenAI and exclusively licenses to Microsoft. The EleutherAI Collective plans to make the algorithm public so that anyone can use or develop it. GPT-Neo is based on the Mesh TensorFlow programming language.

A powerful demonstration of quantum advantage

China's leading quantum research group developed a new photonic technology that was integrated into a computer called Jiuzhang. The system finished a calculation in a couple of minutes that would have taken the most powerful binary supercomputers 2 billion years. The clearest demonstration yet of quantum computing’s advantage over its classical counterpart.

AI makes sense of ancient languages and shows how cultures are related.

Dozens of ancient languages remain without deciphering because we don't know what other language they are related to and the texts do not separate words. Thanks to AI based on the principles of linguistic evolution, researchers can decipher a lost language even without knowing its origins. The algorithm can also confirm relationships with other known languages.

The Rift app was launched by Lita, a responsible investing platform. Investments and savings can have at least as much impact on sustainable development as spending. Rift lets users know how banks use their money. The app indicates the financial products that fit best with the user’s priorities (climate change, human rights, etc.) so consumers can lower their savings’ negative impact on the issues that matter most to them.

An alternative social network: a feminist community that provides women with essential information and support to put an end to patriarchal violence.

Conceived as a non-profit digital ally to smash patriarchy, Smashboard is based on intersectional feminist principles. In addition to posts, articles and podcasts, Smashboard has special features for victims and survivors of abuse. Users can store notes and evidence for their harassment case, with confidentiality and authenticity guaranteed by blockchain. The founders see decentralized technology as a key tool for feminists to counter the misuse of power.

Frugal AI inspired by primitive brains is enough to drive an autonomous vehicle.

Taking inspiration from the tiny brains of threadworms, researchers developed a frugal AI system capable of controlling a self-driving car. Only a few neurons were needed, compared with the millions used in most networks. Using only 19 neurons in the control circuit and just 75,000 parameters, the system successfully drove a vehicle. By using nature to improve deep learning, the team believes their new method can reduce training time and make it possible to implement AI in relatively simple systems.

The UNESCO Netexplo Linking Cities Forum 2021 will build on the former Netexplo Smart Cities Accelerator programme, which launched in 2020 the concept of Linking Cities. The event will share some among the best innovation practices of Cities all around the world, demonstrating how decision-makers are attempting to meeting their citizens’ most urgent needs. These vary from safety, to funding models, to infrastructure and attractiveness. There are as many solutions as there are cultures and territories. And all of them are sources of inspiration. The event will present the 2021 Netexplo Linking Cities awards. 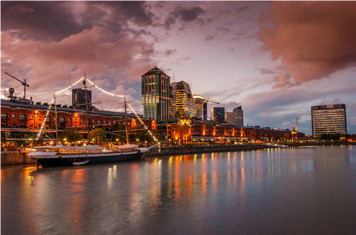 Barrio 31 is one of Argentina’s largest and fastest-growing slums. The city is transforming the district through an integrated approach aimed at reducing poverty and improving inhabitants’ quality of life, while paving the way for affordable housing and urban renewal across the country. The strategy includes structural measures to guarantee the population social, educational, health, economic and cultural rights through participatory initiatives. 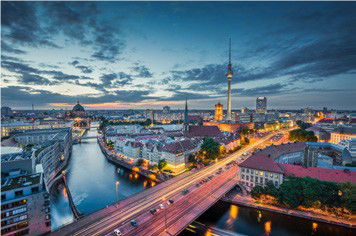 Berlin is undertaking an ambitious project to expand its public transport network in a context of high population growth. The €28 billion, 15-year project covers every mode. Trams have an important role, with no fewer than 16 projects by 2035, in addition to subway line extensions, including one to the new airport. Fossil fuel-powered buses will be phased out in favour of electric vehicles. The tradition of open access to subway platforms without turnstiles or barriers will be maintained. 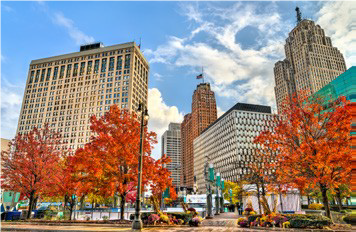 Following bankruptcy and a huge decrease in its population, Detroit returned to solvency through innovative funding models. They include the Strategic Neighborhood Fund, a partnership between the city, the non-profit Detroit Invests and donor corporations. The fund intends to renovate the hardest-hit areas, which are not always the most visible, in close cooperation with residents. Detroit remains the poorest major city in the US but is attracting investors, entrepreneurs and even tourists again. To complete the transformation of degraded areas, the city is raising $250 million through Blight Bonds after putting the project to voters in November 2020. 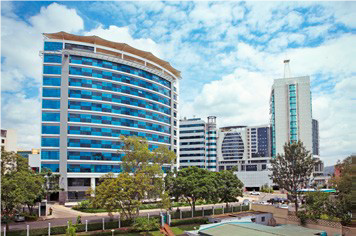 Rwanda, the African leader in ICT development, is banking on digitization for the benefit of both the economy and citizens. Kigali has a pioneering role through Irembo, an inclusive platform offering more than 600 e-services. Electronic certificates let citizens avoid trips to administrative services, with the long-term aim of a zero-paper society. According to the Rockefeller Foundation, other countries could look to Rwanda as a model of digital transformation on a par with Estonia. Services are being rolled out from the capital to surrounding regions to reduce the digital divide and even leapfrog development stages, through technologies like solar-power kiosks or drones. 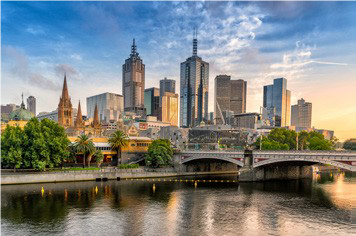 Globally recognised for its quality of life, but also for its citizen concertation policies, Melbourne will become Australia’s biggest city by 2026. The participatory plan Future Melbourne 2026 is designed to take inhabitants’ aspirations into account while keeping the city competitive. 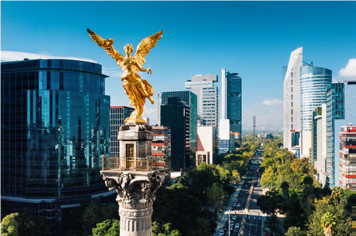 The world’s most polluted capital in 1992, Mexico City has substantially improved its air quality despite the pressure of 5 million additional inhabitants and a twofold increase in vehicle numbers. Under its first female mayor - an energy specialist and Nobel laurate for her work on climate - the city is striving for a further 30% reduction in six years, through revegetation and traffic management. Following the 2017 earthquake, the city has rolled out an ambitious earthquake plan as well as a hydric resilience program. 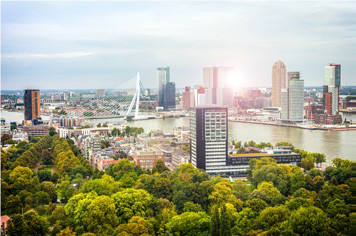 A digital pioneering city on the national and European stage, Rotterdam has created several labs to test cutting-edge innovations in areas like climate change, foodtech and medicine. The city uses blockchain and data, including a digital twin, to manage Europe’s largest port. This 3D model is being enlarged to replicate the entire city in order to optimise infrastructure management and, above all, involve stakeholders in decisions. 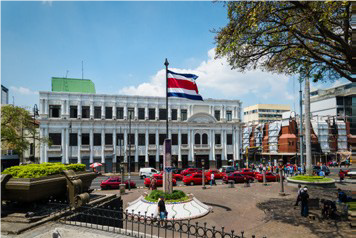 Even in a country that seeks to be a “decarbonization lab” and runs almost completely on renewables, reducing the carbon footprint of a congested, polluted capital is a major challenge. To meet it, San José is banking on links to its exceptional environment. The city is restoring and pedestrianizing its riverbanks and creating “Rutas Naturbanas”, footpaths that are also biological corridors. In parallel, a bike-sharing network has given underprivileged families greater mobility options. 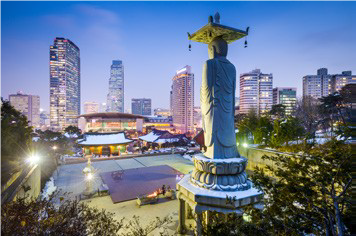 The capital of South Korea, often ranked at the global top for education for the young, is also fighting isolation among the elderly during the pandemic through state-of-the-art technologies. Small humanoid robots are used in old people’s homes to explain how messaging services, video calls and other communication tools work. 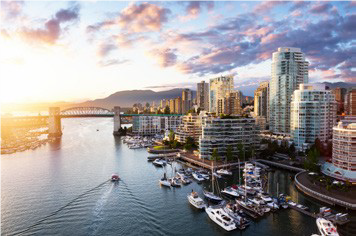 The North American capital of car-sharing, Vancouver is ahead of the trend for new mobility solutions. Its 2040 Transportation Plan factors in the latest technologies, including the likely arrival of self-driving vehicles. Projects in progress include expanding and modernizing every mode (aerial metro, bus, train, ferry, walking, cycling). Heavy investments are being made at Vancouver port, the biggest in North America for exports, to address earthquake and climate risks.