On May 11th, the opening ceremony of "2019 Silk Road Educational Cooperation Conference & the First Cultural and Art Festival for International Students of Shaanxi Province" was held in Xi'an. IKCEST Silk Road Training Base attended the ceremony and other activities. 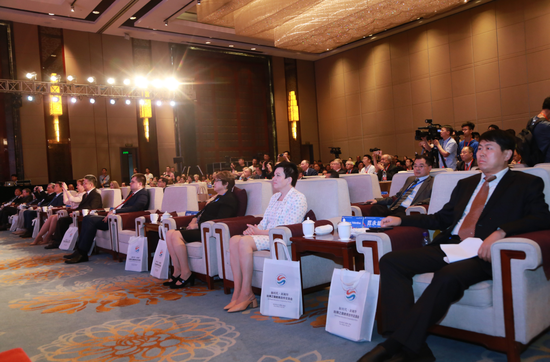 Fang GuangHua, vice governor of Shaanxi province, announced the opening of the festival. Nicolas Chukanov, Plenipotentiary Representative of the Russian President in the Federal District of Ural, attended the signing ceremony of educational cooperation and exchange between the host and guest countries. Li Hai, Vice-Director of the Department of International Cooperation and Exchange of Chinese Ministry of Education, Ms. Tutova Larissa, Vice Chairman of the Educational Committee of Russian National Duma, and Wang ShuGuo, President of Xi'an Jiaotong University, all delivered their speeches at the opening ceremony. Wang JianLi, Director of the Department of Education of Shaanxi Province, gave a Keynote speech. Mr. Nicolas Crochko, governor of Sumei State of Ukraine, Prof. Goncharov of the State Agricultural University of Novosibirsk and academician of the Russian Academy of Sciences, Ms. Galia Weizmubekova, academician of the Kazakh Academy of Agricultural Sciences, Mr. Victor Milenik, academician of the Ukrainian Academy of Higher Sciences, Mr. Gao Yang, Deputy Secretary General of Shaanxi provincial government etc. attended the opening ceremony. Over 500 educational representatives from more than 30 countries and regions in North America, Europe, Asia, and Africa etc. attend the conference. The opening ceremony was hosted by Fan YongBin, deputy director of Educational Department of Shaanxi Province 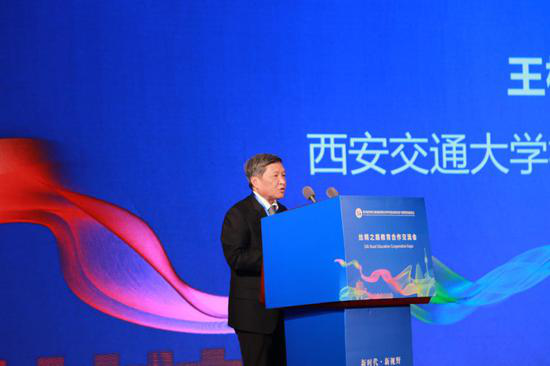 At the opening ceremony, President Wang ShuGuo of Xi'an Jiaotong University delivered a speech on behalf of colleges and universities in Shaanxi Province. He pointed out that, for thousands of years, the ancient Silk Road has witnessed the development and prosperity of countries along the route, and the civilizational development by learning from each other's strengths. Education is geared to the future of a nation and cooperation promotes the common progress of mankind. With the development of the world and the progress of the time, we should draw valuable lessons and wisdom from the history of Silk Road in meeting the various challenges of the world today. We should find strength in today's win-win cooperation between each other, develop new partnerships and join hands in creating a bright new future for mankind. 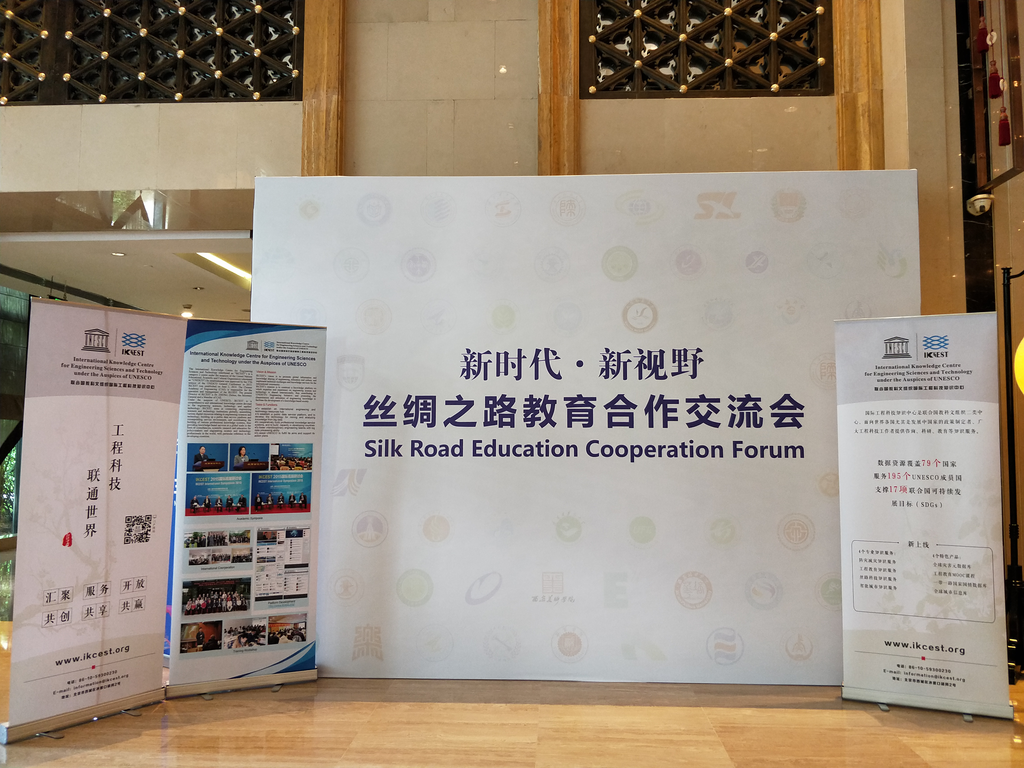 After the opening ceremony, IKCEST Silk Road Training Base participated the Exhibition of "2019 Silk Road Educational Cooperation Conference". Accompanied by provincial officials, over 500 educational representatives visited the exhibition counters of various universities. Representatives from over 30 universities from Xi'an participated the exhibition. 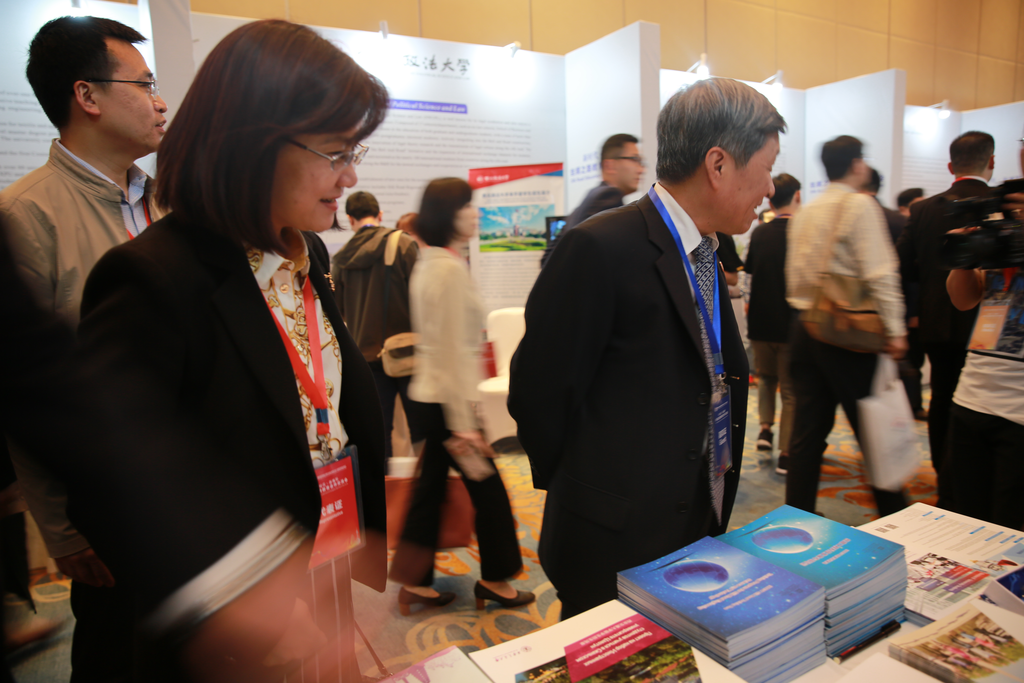 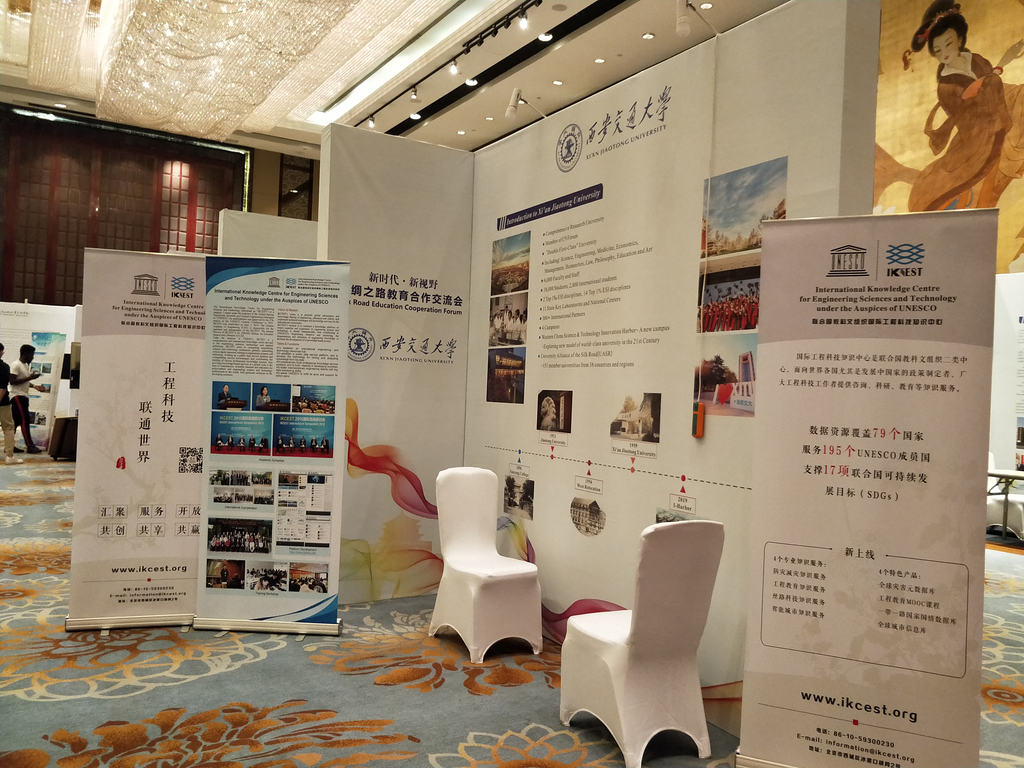 On the scene of the exhibition, representatives of international education institutes from Northwest University of Political Science and Law, Xi'an Petroleum University, Xi'an University of Electronic Science and Technology, Northwest Polytechnic University and other universities showed great interest in the IKCEST Silk Road Special Training Program on Engineering Scientific and Technological Development, and exchanged business cards, hoping to deepen cooperation in building an international exchange platform for higher education for the development of countries along the Silk Road, which aims to promote mutual learning and common development between different universities.